The Alpha Theater was built in 1913, where films were shown and Vaudeville shows were performed. In 1932, it became known as the Alpha Beer Grille, and most likely, the name Ye Olde Alpha appeared in 1941.

In 1945, Frank Miller Jr. and Sara Jane Miller purchased the property, and it was in 1955 when the mounted animals appeared on the wall — from Miller’s hunting trips.

A new kitchen and dining room were added in the 1990s.

The Miller family sold the property in 2005 and The Alpha became the Ye Olde Alpha.

During COVID-19 in 2020 Team Tavern, Nick and Herk Sparachane along with Beau Catalano and Gary Glessner opened the Alpha Tavern. 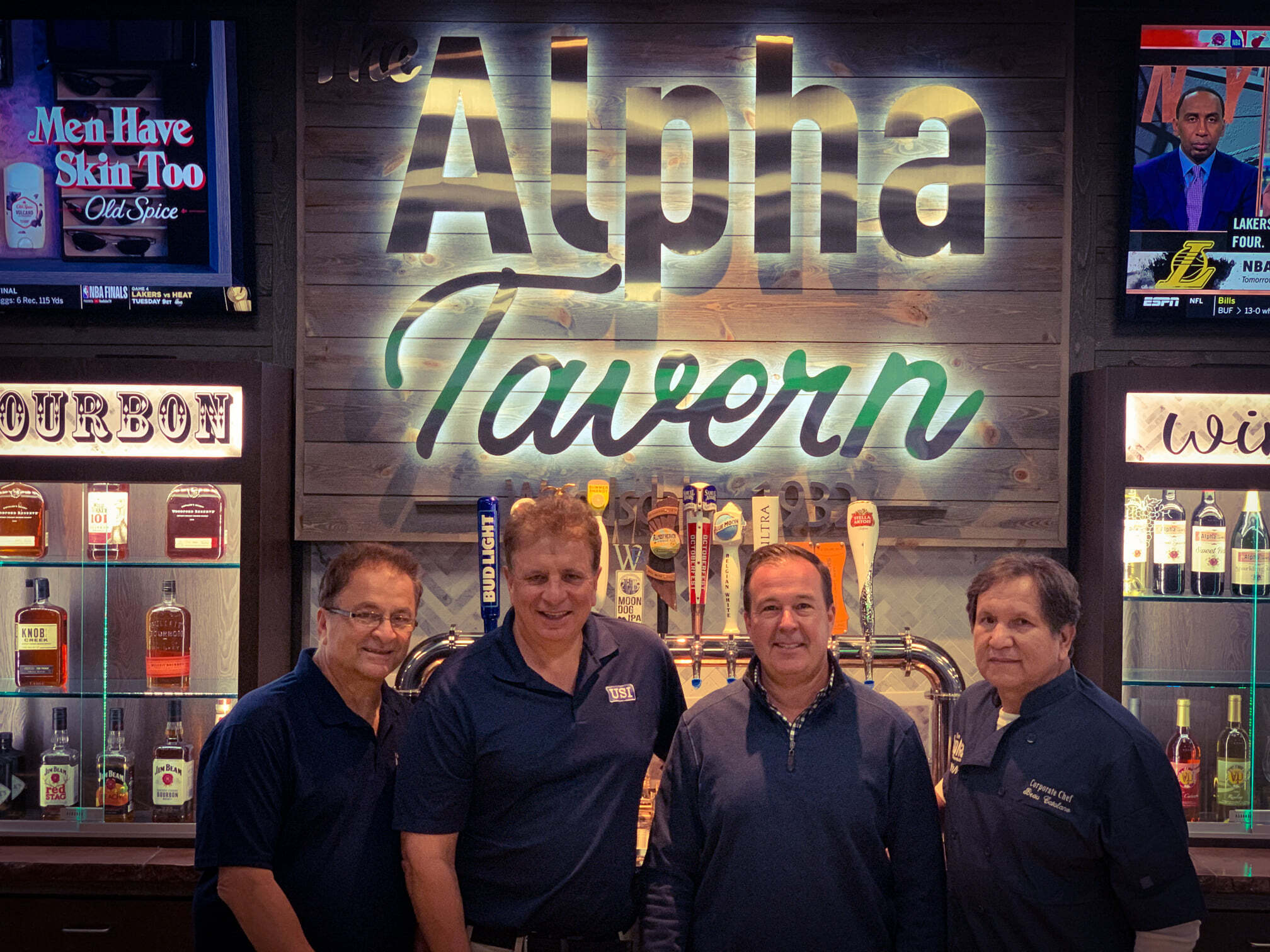